Meendering Retires from Board of Directors

Randy Meendering joined the Board of Directors for Dakotaland Federal Credit Union in February of 2010. During his 11 years on the board, Randy actively participated in the mergers of four branch locations and the construction of two startup locations. Dakotaland grew from $143 million to over $500 million in assets during Meendering’s term. “His leadership and undying commitment to Dakotaland and the cooperative movement are remarkable. It has been an honor to serve with Randy”, stated President and CEO, Ryan Goehner.

Randy and his family moved to Huron in 1989 and he served as the CEO for the Huron Area Center for Independence for over 30 years. Now retired, Randy and his wife, Susan, reside in Huron. In his spare time, Randy enjoys spending time with his family, fishing and doing home improvement projects.

The credit union board, supervisory committee, employees, and members wish to sincerely thank Mr. Meendering for sharing his expertise and guidance over the past decade. 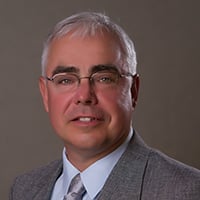 Lien Promoted to Manager of the Redfield Branch

You are now leaving our website to visit an external site. We are not responsible or liable for the information contained on the site.